A second wave of mandatory business closures that transpired throughout the country is expected to have more challenging ramifications for many employers than the first wave of shutdowns. The amount of stimulus funds and stimulus programs available to small businesses and individuals was substantial following the initial wave of closures and lock downs in March and April, yet benefits from a second stimulus batch is not expected to be as generous.

Tensions with China escalated as the U.S. State Department identified several Chinese spies accused of gathering sensitive data on coronavirus research as well as absconding with intellectual property. The latest occurrences leave trade negotiations with China in question, which had already been lingering since the pandemic began in March.

Equities rose higher in July driven by decent earnings for U.S. companies and the expectation of successful vaccine trials by several pharmaceutical firms. A rise in viral infections nationwide along with a rollback of re-openings by some states and cities pose a threat of halting a desperately anticipated economic growth spurt.

Congress sought to diffuse an income cliff as provisional government stimulus benefits expired at the end of July. A second stimulus plan is expected to be composed differently than its predecessor, but also targeted towards small businesses and the unemployed.

Gold and silver both reached new highs in July driven by global pandemic concerns and recent tensions surrounding the relations between China and the United States. Gold surpassed its previous high set in 2011 and silver achieved a six-year high. 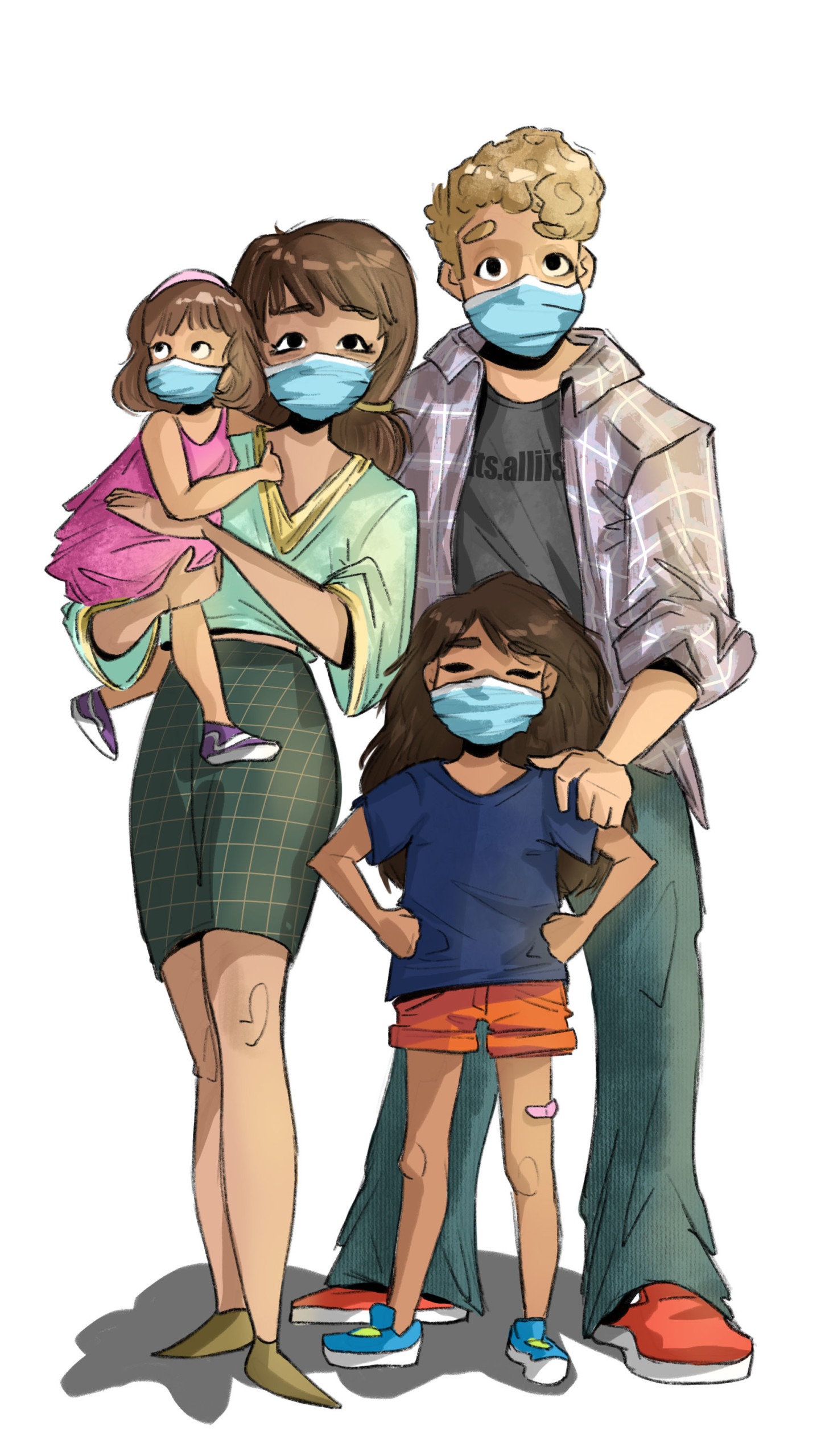 GDP for the second quarter ending June 30th, shrank by an annualized rate of 32.9%, the lowest quarterly drop on record. A substantial drop was anticipated by economists and analysts. An economic slowdown was even more prevalent in Europe, where GDP within the EU fell by over 48% on an annualized basis.

The Centers for Disease Control and Prevention (CDC) reiterated the importance of re-opening schools in the fall for the benefit of families nationwide. The CDC noted that death rates among school-aged children are much lower than among adults, while the risks attributed to shut down schools affect social, emotional, behavioral health, economic well-being, and the academic achievement of children. Working families are finding it increasingly difficult to work and care for their children at home during the pandemic, especially with school closures. (Sources: CDC, Federal Reserve, BEA, State Dept.)

Equities advanced in July, led by the technology sector, which has remained resilient since the onset of the pandemic. The dollar’s tumble in July benefited large U.S. multinationals, whose products and services became more competitive while their earnings are primarily driven in the overseas market. The rebound in stocks from the lows of March, when the COVID-19 pandemic became official, has exceeded the expectations of both analysts and economists.

Continued low rates drove mortgage rates to their lowest levels ever, pushing the average 30- year fixed conforming rate to 2.99% in July as reported by Freddie Mac. Historic low mortgage rates are a buffer for the housing market, where continued high unemployment is expected to hinder loan approvals. 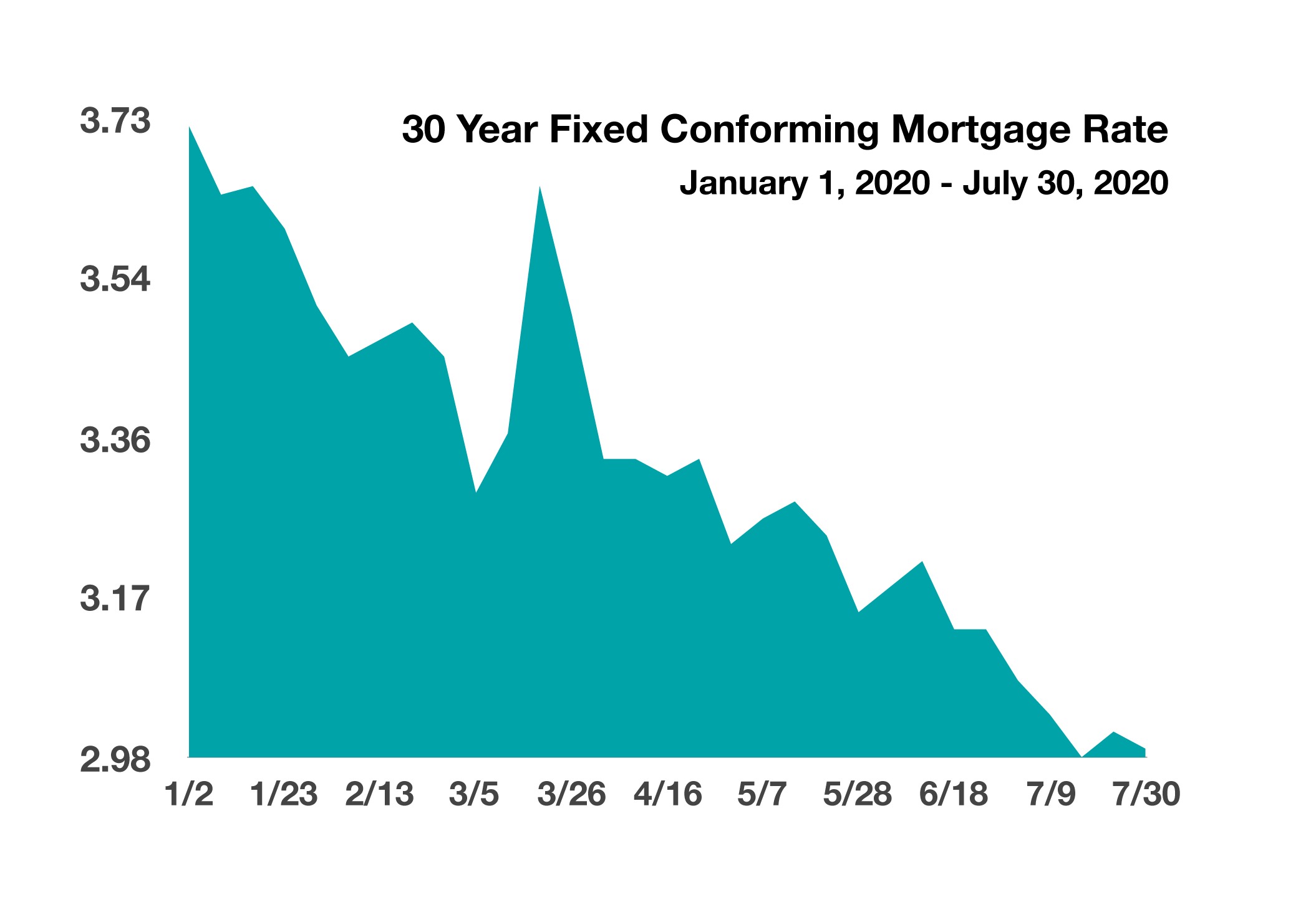 Officials from over 27 states, as well as the U.S. Department of Agriculture (USDA), are urging people across the country to be aware of packages containing seeds from China. The seeds appear to have been mailed directly from China in white pouches displaying Chinese lettering and the words “China Post”. Various state agricultural departments have also reported the packages marked as jewelry, earbuds, and toys.

The U.S. Department of Agriculture is warning recipients of these seeds as they could be invasive species that may introduce diseases to local native plants. The seeds may also be harmful to livestock and increase the cost of food production for various crops and meats. Invasive plant species and noxious weeds can displace established crops and jeopardize a sensitive food chain.

The USDA is urging recipients of these seeds to avoid planting them and to contact the USDA of the contents received. It is still unknown if the seeds are meant to destabilize a food chain or if they are merely sent as a “brushing” scam.

As of July 29th, the USDA had identified several of the seed species as herbs including mint, sage, rosemary, and lavender. The USDA will continue to test and examine all seeds until it determines that no threat is warranted to the U.S. food chain. (Source: U.S. Department of Agriculture; https://www.aphis.usda.gov/aphis/newsroom/stakeholder-info/sa_by_date/sa-2020/sa-07/seeds-china)

Shortage Of Coins Makes For No Change – Currency Dynamic

In order to stimulate coin circulation, the U.S. Mint is asking Americans to use any spare change they may have to increase the circulation of coins. A dramatic drop in retail sales wasn’t the only cause of the shortage, but a drop in coin production at the U.S. Mint was also the culprit. Many federal employees for the U.S. Mint were shuttered from work as coronavirus infections spread throughout private and government work places.

Coins are used widely throughout the economy by consumers for a host of various products and services. Federal Reserve data from 2018 shows that 49% of goods and services under $10 were paid for in cash. Services such as laundromats traditionally require coins for payment.

The onset of the pandemic brought about a dramatic reduction in the use of coins, leading to a widespread shortage among retail stores, banks and even the Federal Reserve. (Sources: U.S. Mint, Federal Reserve)

Your Mobile Phone Tells The Fed About The Economy – Government Research 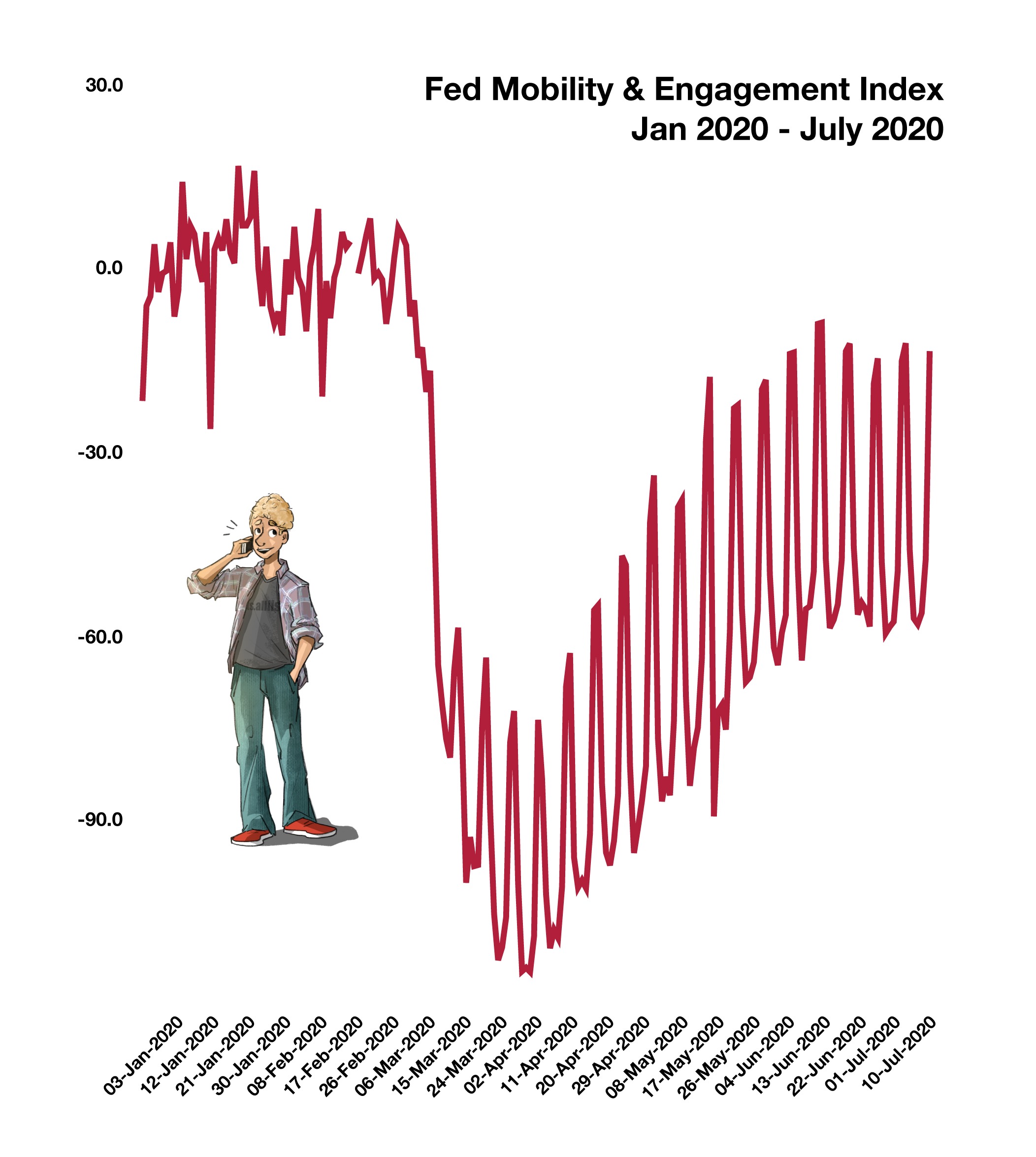 In an effort to determine what economic impact the pandemic has had and is having on the U.S. economy, the Federal Reserve gathered geolocation data from mobile devices and compiled an index measuring activity of the public and consumers nationwide. The Federal Reserve Bank of Dallas created the Dallas Fed Mobility & Engagement Index whose measures represent activity throughout the economy. The index has so far illustrated that there has been a deviation from normal mobility behavior since the onslaught of COVID-19 induced restrictions.

With the adoption of many work-from-home practices, global coffee consumption has seen a major decline since the onset of the pandemic. With the closing of many dine-in restaurants and coffee shops, the demand for coffee has not been sustained by at-home consumption. The U.S. Department of Agriculture conceives the coffee consumption trajectory to continue declining through the fall of 2020, which would be the first decline in consumption within the last decade.

The coffee shop culture provides a socialization experience that consumers have been driven to for years. Now a decrease in consumption amidst the pandemic has illuminated many consumer preferences. The decrease in sales corresponding to the temporary and permanent closings of many storefronts has drawn many consumers away from participating in consumption with the social aspect being removed. Additionally, consumer fears regarding the virus and contamination have drawn many sales away from these businesses despite gradual transitions back into re-openings and business model reconfigurations. Recent consumption trends pose uncertainty for many growers. The International Coffee Association projects great concern for the livelihood of growers and laborers in foreign countries if the industry continues to decline.

Despite economic downturn and consumer hesitance to return to in-house dining and consumption, many companies are creating new models that would make business more accessible and efficient such as drive-thru restaurants, mobile orders, and store pickups. This transition into new business frameworks along with the rise of popular social media trends could ultimately lend to the survival of the coffee culture and industry. It is projected that along with consumer practices, consumer preferences to coffee consumption will also change as many consumers begin to transition to cheaper and at-home alternatives. (Sources: U.S. Department of Agriculture, Bloomberg)

The Federal Drug Administration (FDA) updated the list of toxic hand sanitizers as further FDA investigations and research have continued. As of late July, the FDA has established a seventy-five product list, a significant increase from the previous nine product list from late June. Given the demands set forth by the Coronavirus pandemic, the FDA claims investigations will persist as quality issues or concerns rise.

The listed products that comprise the FDA list of toxic hand sanitizers result from the toxic substance methanol that many of these products test positive for. Recent findings regarding methanol contamination have revealed the substance’s extreme adverse effects if absorbed, deeming it unsafe for human consumption. The FDA warns against the use of these listed methanol containing products in addition to misleading claims and marketing tactics companies have branded on hand sanitizers. Claims regarding prolonged protection and specificity pose concern for the FDA, as many of these claims are unfounded. The FDA advises consumers to refrain from purchasing or using products that fall under the recall list. An updated FDA list of these 75 products can be found under the “FDA List of Recalled Sanitizers” on the FDA press release. (Source: Federal Drug Administration)