A change in the Federal Reserve’s stance on the direction of interest rates helped buoy equity and bond prices higher in March, allowing U.S. equity indices to post the strongest first quarter in nearly ten years.

The Federal Reserve scaled back its growth expectations for the U.S. economy and announced that it would hold rates steady with no additional rate increases this year. Economists interpreted the comments as a somber assessment of economic expansion, yet positively received by the equity and fixed income markets. The Fed mentioned trade disputes, slowing growth in China and Europe, and possible spillovers from Britain’s exit from the European Union were factors.

Concerns surrounding economic momentum in Europe became more prevalent as Europe’s central bank, the ECB, signaled that it would maintain interest rates below zero longer than anticipated. Slower growth in both exports and imports have been implying a slowdown throughout the EU, which is comprised of 28 European countries. The pending outcome on how and when Britain finally exits the EU is also adding duress to Britain’s trading and business partners all over Europe.

Chinese government data revealed that exports heading to other countries worldwide fell over 20% in the past year. Data also showed that imports had fallen into China, realizing that Chinese consumers were scaling back demand from prior months.

Congressional leaders are considering legislation that would repeal the current age cap of 70.5 for contributing to IRAs as well as increase the required minimum distribution age for retirement accounts from 70.5 to 72. Such legislation, if passed, would be the most significant change to retirement plans since 2006. (Sources: Federal Reserve, Dept. of Labor, IRS, Treasury Dept., ECB)

Optimism over progress on U.S. trade discussions with China seemed to overshadow concerns about a slowing economic expansion helping to propel equity indices towards the end of the third quarter.

Gains were broad for the S&P 500 Index with all 11 sectors ending higher for the first quarter, which has not occurred since 2014. Technology and energy stocks were among the best performing sectors for the quarter, encompassing a broad scope of industries and companies. A counterintuitive environment has driven stocks higher while the bond market is signaling slower growth. Some analysts are expecting a slowdown in corporate earnings growth as global demand projections have been trimmed. (Sources: S&P, Bloomberg, Reuters)

The yield on the 10-year treasury fell to 2.41% at the end of March, down from its peak yield of 3.25% in October 2018. The Fed’s shift from a tightening mode to a hold mode is interpreted by some economists and analysts as a lack of confidence in economic growth.

A sustained inversion becomes more concerning should it linger for several quarters. Some are even expecting a rate cut later in the year, if not in 2020, should economic data shed dismal projections.

Negative yields on some European government bonds reflect minimal growth expectations with subdued inflation throughout the EU. An inverted yield curve in the U.S. may partially be the result of slowing economic expectations in Europe and internationally.

The yield curve has been fairly flat over the past few months, meaning that the yield on shorter term bonds have been similar to the yield on longer term bonds. This dynamic created some uncertainty for the Fed, making it difficult to determine whether to raise rates or keep them the same.

Demographics drive the domestic labor force propelled by both young and unskilled workers to older more seasoned individuals. For decades, the baby boom generation commanded the nation’s workforce, representing the single largest age group to hold jobs across all industries and sectors. As those same workers have aged, a younger generation has assumed some of the gaps left by retiring boomers.

Over the years, Labor Department data found that those aged 16-24 have been making up a smaller portion of the workforce. The Department projects that by 2026, only 11.7% of the labor force will be comprised of 16-24 year olds, compared to 15.8% in 1996. Workers aged 25-54 are expected to make up the bulk of workers, representing over

63% of the nation’s labor force, down from 72.3% in 1996. Department of Labor data revealed that over a thirty year period, those aged 55 and older will encompass 24.8% of the labor force in 2026, a stark increase from 11.9% in 1996. As American workers have aged over the decades, longer life expectancy and healthy lifestyles have afforded many the ability to continue employment well into their 60s and 70s. (Source: Department of Labor) 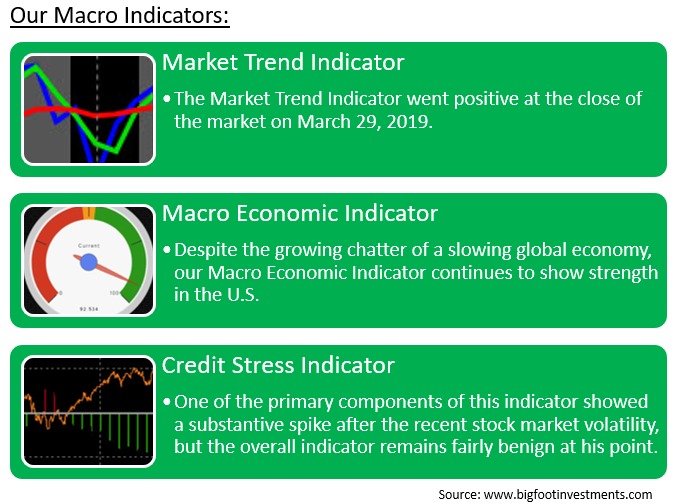 What Britain Leaving The EU Means

Turbulent and politically charged challenges between the British government and Parliament have resulted in numerous failures to finally execute Britain’s departure from the EU, known as  Brexit.

The significance of Britain exiting the EU may eventually be substantial as other countries may decide to cast similar votes whether or not to leave the EU. Several of the existing members are anxiously awaiting the outcome of Brexit to determine how challenging both politically and economically it may be. As of the end of 2018, Britain represented roughly 13% of the EU’s total GDP, ranking second in terms of GDP after Germany.

The EU (European Union) was established following the end of WW II in order to offer financial and structural stability for European countries. Since its establishment, the EU has grown to a membership of 28 countries abiding by various rules and policies set forth by the EU Council. One of the responsibilities of member EU countries is to accept and honor immigrants and citizens from other EU countries as part of the human rights initiatives recognized by the EU. Immigration has been a topic of contention among various EU countries for some time. This was a decisive factor for Britain leaving the EU since its economy and cities have been inundated by foreign-born immigrants seeking jobs and a better quality of life.

Since Britain has been part of the EU since 1973, it is expected that the unraveling of British ties from the EU could take years. Contracts, employees, and laws will all have to be revised, reshuffled, and rewritten in order to accommodate the divorce between the two.

Now that the British have decided on leaving the EU, many believe that another referendum could possibly be presented in France and other EU countries. The concern of a domino affect is very realistic, as several other EU members are experiencing similar frustrations as Britain. (Sources: EuroStat, EU Council)

As the cost of education has risen over the years, so has the reliance on student debt in order to help finance such expenses. The concern is that more and more students are graduating from college with large amounts of student debt and with no job intact.

The Fair Credit Reporting Act (FCRA) recognizes student debt as any other type of debt, equal to mortgage debt, auto loans, and credit card balances. Student loans can affect credit both positively and negatively. Since student loans have long repayment periods, consistent and timely payments can assist in building and increasing credit scores. Having a mix of debt, such as a credit card, a car loan, and student loans can reflect positively as a broad mix of debt. Conversely, late payments and delinquencies on student debt can negatively impact credit scores and payment history.

Some parents and counselors are encouraging students to avoid excess student loans and to focus on applying for grants and scholarships instead. What is happening to much of student debt taken out is that parents and grandparents end up helping students make their debt payment. Data does show that some college graduates end up carrying student loans well into their 30s, 40s, and 50s, burdening already strained finances and household expenses.

Student loan debt is now the second highest consumer debt held after mortgage debt, and higher than both credit cards and auto loans as tracked by the Federal Reserve. There are over 44 million borrowers nationwide of student loans, with an average balance owed of roughly $37,000. Student loans are held across a broad spectrum of the public, including all demographics and age groups in every state.

Of growing concern are the amount of student loan delinquencies, which surpassed 10% of all student loans in 2018, with $31 billion in a serious delinquency status. Federal Reserve data reveals that the majority of borrowers have a loan balance of between $10,000 and $25,000, with 30-39 year olds holding most of the outstanding debt.